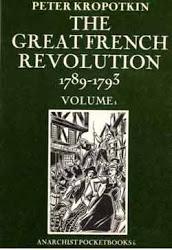 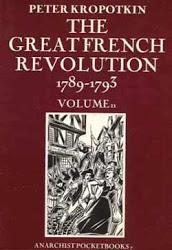 A fundamental interpretation that provides us with a number of observations of great relevance as Kropotkin ties his interpretation of the Revolution to the continuous stream of popular action which he sees as having begun before the Revolution itself.
In the second volume he concentrates on the clash between the Jacobins and their opponents, the Enragés and the Anarchists. It is in this clash between authoritarians and antiauthoritarians that Kropotkin identifies the origins of Marxism and Leninism.